Before I left to go around the world in 1961, my uncle helped me pick out my first complicated camera. He showed me the mysteries of f-stops, shutter speeds, and other things I needed to know. A lot of my slides turned out overexposed at first, but bit by bit I got more adept. Now, with the wonders of digital editing programs–I use Photoshop Elements–some of those old photos are better than ever.

Here are a few from my book Around the World at Nineteen: Explorations and Romances.

I am flanked by my mother and my sister as they saw me off on the S.S. Constitution, a passenger liner I took from New York to Naples: 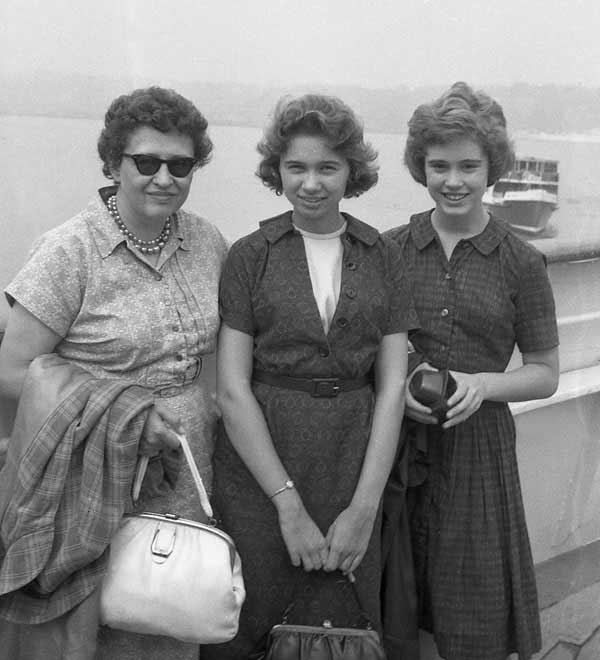 I spent about half the year in France, mostly living in Tours on a program called Stanford in France. One weekend a friend and I went to Mont Saint Michel, an island surrounded by mud flats and quicksand: 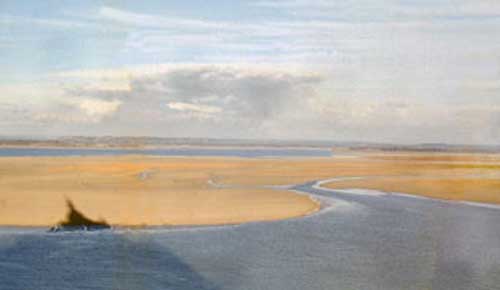 Later, two of my Stanford friends and I drove around Spain and I fell in love with the Alhambra, in the city of Granada: 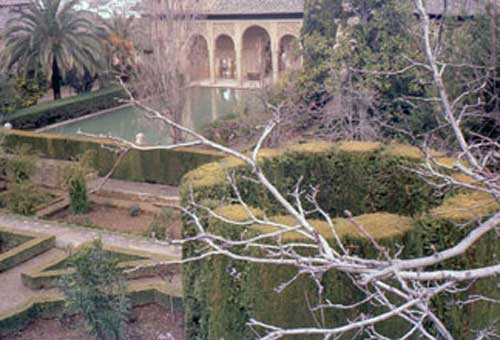 We continued into Morocco. I was shy about taking photographs there but in the casbah in Fez, this man walked right in front of my camera: 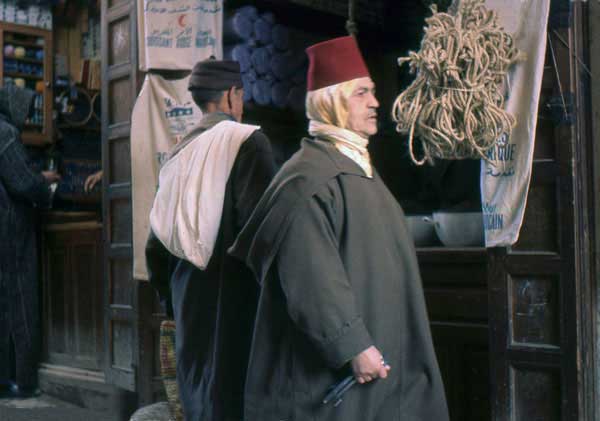 Later, I took a French passenger liner from the south of France to Hong Kong, going steerage, the cheapest class. Here an Arab is playing his lute and the men gathered around were singing along.

Taking pictures that year left me with a lifelong love of photography.