I’m over halfway through the final editing of my third memoir, LSD and Beyond, about taking it as a research subject in 1964.  I’m having fun adding a few photographs to the text. In this book, the photos are black and white. If I were an artist I would draw wild multi-color images to describe my day with LSD, but I’m not. A lot of the book is about how my life changed after that powerful day. It wasn’t long before I gave up my grad school ideas, earned some money, and went to Europe for over a year, with a new boyfriend. We did what we wanted. I spent a lot of time reading, journaling, hiking, and being very grateful for my life.

Thanks to serendipity, we found ourselves in a charming small coastal town in Spain called Nerja. Here is one of the photos, where I’m feeding a couple of neighborhood cats in the patio of the lovely furnished house we rented for $50 a month in the off-season. The ocean was not far behind the wall and we could hear the waves at night from the open windows of our upstairs bedroom. 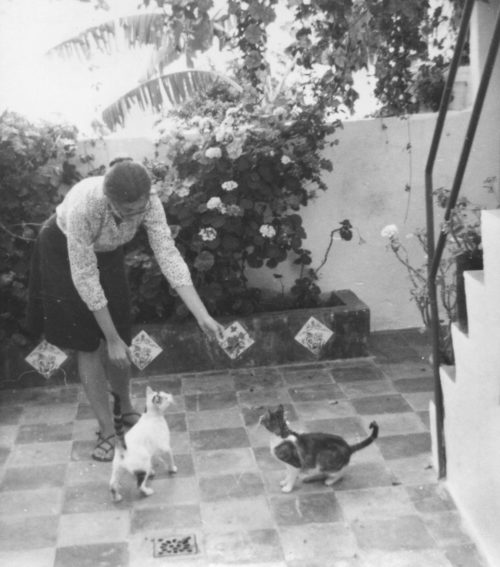 We left Spain when the tourist season began. Meandering led us to a peaceful farm in eastern France where we could live for practically nothing.  Here I am about to take the train to England and spend a few weeks at a Quaker retreat center, while my boyfriend continued on at the farm. 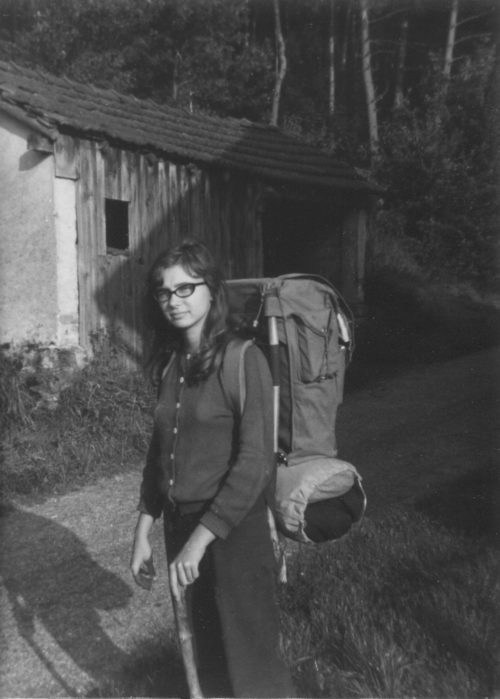 He and I met up after that in Paris and as the tourist season was past, we returned to Nerja. We were both writing, spending time with friends, and enjoying a simple life. Many days we went for a long walk. Here is the countryside out of Nerja: 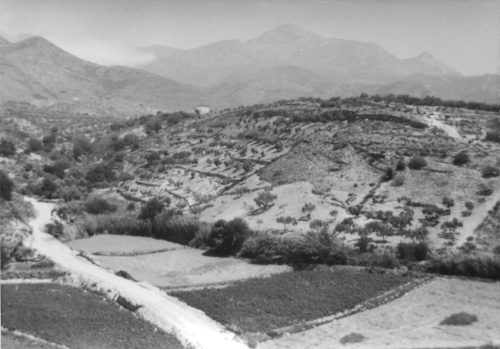 I’m a long-time Windows user and I write my book drafts there, and then I use a Mac-only software program called Vellum for the final formatting of my books. I have an old MacBookPro from my one attempt at switching to Macs, but really now the main thing I use it for is Vellum. I add the photos and it’s a bit tricky to get the photos the right size so I don’t end up with long stretches of emptiness on the pages. Fun!

I’m living as much in those times and places as I am in the here and now. Fine by me!